As educators and readers pay increased attention to the depiction of Native Americans in Laura Ingalls Wilder’s work, the American Library Association is considering changing the name of the award named in her honor.  Considering that characters voice such sentiments as “The only good Indian is a dead Indian,” and that the entire premise of the series is that white settlers have the right, even the obligation, to take over Indian land, the movement to remove Wilder’s name from the award is not surprising.  I am concerned about several issues at stake here and I have been rereading the books and considering the options available to those who admire Wilder’s work yet also recognize the need to give children books with accurate portrayals of Native American peoples, and of American history in general. 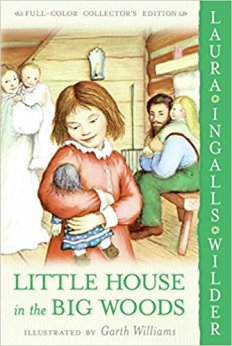 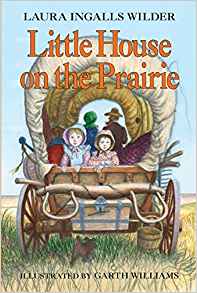 First, it should be clear that removing Wilder’s name from the award is not the same as removing her books from libraries and bookstores.  There are people who would like to do both.  While I respect their opinion, I strongly maintain that reading the books in context, accompanied by other works by Native American authors, such as Louise Erdrich’s Birchbark House series, is more appropriate than eliminating them.  There are also hundreds of primary sources available about Manifest Destiny and the violent displacement of Native peoples from their lands; some of these may be excerpted and explained for use with elementary age readers (for example here, here, here, here, and here).   In fact, the explicit nature of Wilder’s statements about her family’s beliefs and their role in appropriating Indian land makes the books an ideal starting point for discussions about what really took place in our country.

Little House in the Big Woods has only a few references to Indians; in fact, they are conspicuous by their absence.  The book has many references to other widely accepted practices and inevitable parts of life on the frontier that would require a great deal of explaining today.  The first fifty plus pages include casual descriptions of animal slaughter. Laura and Mary are happy to play a balloon made of a pig’s bladder. Laura sometimes expresses sadness at the need to kill animals if she has become attached to them.  Much more challenging is Laura’s description of corporal punishment.  During an argument with her sister Mary, Laura slaps Mary.  Children today will still identify with the cause: Laura’s jealousy has been provoked by her sister’s “golden hair,” when her own hair is brown.  Pa uses a strap to “whip” Laura, an act clearly identified today as abuse.  The most devastating part of this incident is that, after being beaten by her father, Laura sits on his lap “and everything was all right again.”

In a world where children experience harsh mistreatment as part of the normal process of socialization, and where the threatening and violent aspects of nature of evident every day, the portrayal of Indians as “savages” is hardly surprising.  Much of the Little House books is foreign to today’s readers.  This distance from today is part of their appeal.  Little House on the Prairie is full of references to Indians as menacing beings lurking in the shadows  or suddenly launching aggressive attacks on Laura’s home.  Why would children reading the book today be unable to view the acceptability of these prejudices as part of the past, as so many events in the books are as removed from their own experiences?  The most egregious statements in the books about the “rights” of white settlers are actually easier to explain than the more inconsistent views of Laura’s father, who alternates between anger at Indians and tentative empathy. Unlike Laura’s mother, he concedes that Indians “…had been moved west so many times that naturally they hated white folks.” Yet he ultimately counts on the federal government to support his claims.  “They always have let settlers keep the land.  They’ll make the Indians move on again.”

If Laura is confused, she knows that she has no right to persist in her questioning. This is a world, after all, where children are “seen and not heard.”  After listening to her mother sing a romanticized song about “an Indian maid/Bright Alfarata,” Laura asks her mother where the Indians in the song go. When her mother replies, “west,” this explanation does not satisfy her:

Laura continues to ask questions, so pressing is her curiosity, even though she knows that “It was not polite for little girls to interrupt, but of course Pa could do it.”  Pa explains to her that white settlers have unequivocal rights, which supersede any rights of the Indians:

“When white settlers come into a country, the Indians have to move on…That’s why we’re here, Laura. White people are going to settle all this country, and we get the best land because we get here first and take our pick. Now do you understand?”

Laura is even more troubled by this paradox:

Since our children inhabit a very different world, where questions both at home and in an educational setting should be encouraged, I envision this unfinished dialogue between Laura and her father as an opportunity to introduce better answers than Pa is willing to consider.

4 thoughts on “A Few Thoughts about Little House”