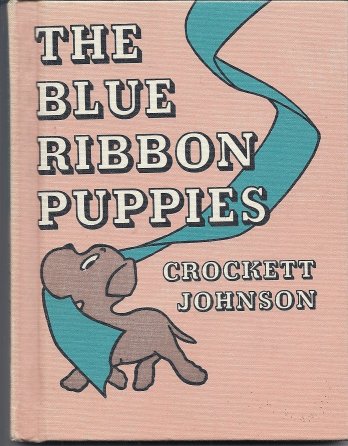 Classic children’s author Crockett Johnson, (1906-1975), creator of the immortal story of children’s creativity, Harold and the Purple Crayon, has a lesser-known but comforting book about the inanity of prizes. I thought about it in the wake of the American Library Association’s recently announced Youth Media Awards, including the Newbery, Caldecott, and others, recognizing excellence in books for children. This year’s announcements also included the awards given by the Asian Pacific-American Librarians Association, and the Sydney Taylor Awards of the Association of Jewish Libraries. Winners included: Hello, Lighthouse; Islandborn; All-of-Kind Family Hanukkah; Sweep: The Story of a Girl and Her Monster; A Moon for Moe and Mo; and Through the Window: Views of Marc Chagall.

As always, there were some objections on social media to books that were apparently slighted, with some critics and readers claiming there were political motivations behind the choices. Some of the discussions were thought-provoking and insightful; others were negative and ad hominem.  There are many wonderful books published each year for children; it would almost seem better to replace the “winner-take-all” mentality of the awards with a list of recommended books, all distinguished. (The ALA does publish a list of Notable Books, but even this long list has books notable by their absence.)

These thoughts bring me to The Blue Ribbon Puppies, originally published in 1958, before the frequent suggestions that we have supposedly weakened children’s ability to withstand disappointment by rewarding them for every refrigerator quality artwork or lost sports match.  Crockett Johnson’s children and large, diverse, puppies, could come from Harold’s purple crayon. The boy and girl in the book, unnamed and generic, are trying to select the best-in-show to win a blue ribbon, but they just can’t seem to sign on to arbitrary adult standards. Instead, each flawed puppy gets an award. “He is too fat,” becomes “the best FAT puppy,” (extremely problematic term for any future reprint), along with prizes for “the best SPOTTY puppy,” “the best LONG puppy,” (they should meet H.A. and Margret Rey’s Pretzel), and “the best PLAIN puppy.” Each puppy is given an oversized blue ribbon, engulfing them in a likely annoying way. No wonder that the last page just shows the untied ribbons strewn on the floor.  Even the boy and girl award themselves identical blue ribbons, making it clear to children that they also deserve distinctions, whatever their special qualities may be.

The Blue Ribbon Puppies is perfect to read aloud, but its controlled vocabulary also makes it an ideal beginning reader. Wherever you stand on the nurturing vs. socializing children spectrum, it’s a good reminder that prizes are zero-sum games and that books without special seals may also deserve blue ribbons.

2 thoughts on “You’re the Best: The Blue Ribbon Puppies”